Skye Atman passed away at the age of 77 on April 19, 2018.  She was an integral part of Opera Frontier from its inception until her final year, serving as music director, collaborative accompanist, coach and enthusiast.

As a freelance pianist, Skye worked with opera and musical theatre companies, played in symphony orchestras, accompanied auditions and competitions, partnered with singers and instrumentalists in recital, and was a highly regarded vocal coach.

While living and performing in the UK she also composed songs and underscoring for Soapbox Theatre musicals, produced recordings for Continuum Records, and compiled the catalog of compositions by pianist John Ogdon.  For Thames Publications she assisted in the preparation of a series of books on British composers.

In the San Francisco Bay area, as Music Director for Oakland Opera Theatre she conducted rehearsals, coached singers, prepared parts, and played in the orchestra for over a dozen contemporary operas.  She also obtained the rights and music for the West Coast premiere of Duke Ellington’s opera Queenie Pie.  Other projects included founding and directing a folk orchestra, teaching a class on music in Unitarian services for the Starr King School for the Ministry, serving as Music Director with the Contra Costa College Young Artists Workshop, playing workshops and shows with the Youth Musical Theater Company of Berkeley.  She was the orchestral pianist for the Mendocino Music Festival; accompanist for Tapestry, a women’s choral/handbell ensemble; a faculty member at St. Mary’s College working with the Voice of Broadway ensemble; and everyone’s favorite “go to” pianist in the East Bay.

From her obituary:  “Born in Montana, raised in the wilds of Alaska, receiving a bachelor’s degree in Oregon, touring Germany and the Ivory Coast, receiving a master’s in LA, living in London and ultimately settling in Berkeley, Skye experienced more of the world than many of us have.  It is impossible to sum her up.  She was not only a talented and dedicated musician, composer, librarian, and author; not only a loving and headstrong sister, mother, grandmother, and friend.  Skye Atman was Skye Atman (even when she was Patricia Avery).  She will be dearly loved always.” 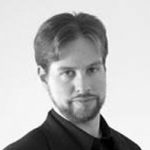