Kelcey Jay Poe (Mezzo-soprano) is thrilled to be involved with Opera Frontier, and is looking forward to meshing her training in both dance and singing.  She has been a professional dancer and singer for many years, but never at the same time!  As a dancer, Kelcey trained locally as well as at the San Francisco Ballet School and The Joffrey Ballet in New York City.  She then went on to delve into the folk dance and singing world, performing world dance and song with Westwind International Folk Ensemble and Russian dancing with Neva Russian Dance Ensemble (headed by Moiseyev’s premier dancer, Vladimir Riazantsev).  Her classical voice performances began in Gilbert and Sullivan operettas with Lamplighters Musical Theater and she has gone on to perform with Berkeley Opera and Pocket Opera.   She also sang and danced in Khovanshchina for conductor Kent Nagano.  In musical theatre, Kelcey has worked often at Altarena Playhouse, and frequently for her favorite director, Phil Lowery.  She has choreographed and coached dancing for North Bay Opera, Lamplighters Musical Theatre, and the Altarena Playhouse.  She currently studies voice with Pamela Hicks-Gailey, and is involved in the training workshops at Singer’s Gym in San Francisco. 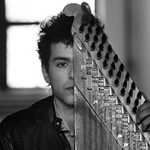 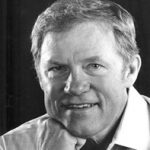