Jimmy Kansau (Tenor) created the role of AJ Germont in the workshop production of Opera Frontier’s original opera Lammermoor, Inc, a Business Tragedy in 2010. Jimmy, a native of Merida, Venezuela, is frequently heard on stage in the western United States. He finished his Masters Degree (2002) and his Post Graduate Diploma (2004) at the San Francisco Conservatory of Music, and has appeared in many different genres of vocal music including opera, oratorio, recitals and zarzuela.  On the opera stage, he has performed such diverse roles as Rodolfo in La Boheme (San Francisco Conservatory), Eisenstein in Die Fledermaus (Rogue Valley Opera), and Tamino in Die Zauberfloete (Institutto Internazionale d’Opera, Rome). He is frequently seen with the San Francisco Lyric Opera, where he has performed the roles of Don Ramiro in Cenerentola, Ferrando in Cosi fan tutte, as well as Count Almaviva in Il Barbieri di Siviglia. An active concert performer and recitalist, he has performed works from the standard repertoire including Mozart’s Requiem, Beethoven’s An Die ferne Geliebte and Handel’s Messiah. 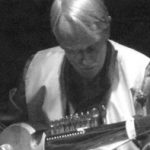