Igor Vieira (Baritone) is a native of Rio de Janeiro, Brazil.  He created the role of Henry Ashton in Opera Frontier’s workshop production of Lammermoor Inc.

Hailed by Opera News Magazine as “superb,” and “show-stealing,” and as “a triumph” by the San Francisco Chronicle, baritone Igor Vieira made his professional debut in his native Rio de Janeiro  at age 17 singing the role of  Dancaïre in Bizet’s Carmen.

In 2010, Mr. Vieira had the honor of making his San Francisco Opera debut in the role of Happy in Puccini’s La Fanciulla del West. In the Fall of 2011 Mr. Vieira was invited back to the San Francisco Opera stage in the role of Gubetta in Donizetti’s Lucrezia Borgia with Renee Fleming in the title role, where he was favorably mentioned in virtually every review of the production. This production of Lucrezia Borgia has recently been commercially released on video by the EuroArts label to critical acclaim.

Mr. Vieira is a world finalist of the 1995 Luciano Pavarotti Voice Competition in Philadelphia, a recipient of the Margaret Tudor Award (Princeton) for two consecutive years and the Kaplan Foundation Award (Kansas City) for outstanding artistry. He was also awarded Second Place on the East Bay Opera League Voice Competition in 2006 and was a semi-finalist of the Competizione d’Opera in Dresden – Germany in 2008.

In the concert and oratorio fields, Mr. Vieira has performed the baritone solo part in Orff’s Carmina Burana with the National Symphony in Bogotá (Colombia,) the Marin and the Merced Symphonies in California (USA) as well as the Amazonas Philharmonic in Manaus (Brazil.) He has also performed Mozart’s Requiem with the Silicon Valley Symphony, Mozart’s Grand Mass in C minor and Saint-Saens’s Christmas Oratorio with the Master Works Chorale in San Mateo – California, the Durufle’s Requiem with the Berkeley Community Chorus and Orchestra and the Marin Symphony, as well as Brhams’s Ein Deutsches Requiem with the Napa Valley Symphony.  In Brazil, Mr. Vieira sang Beethoven’s Ninth Symphony with the Guarulhos Youth Symphony, the Orquestra Sinfonica Brasileira in Rio de Janeiro and with the Brazilian National Symphony in Brasilia and Villa-Lobos’ 10th Symphony in the 95th anniversary celebration of the Theatro Municipal of Rio de Janeiro.

Recently Mr. Vieira toured Europe singing the soloist parts in Mozart’s Grand Mass in C minor in Hungary and Slovakia as well as the Dvorak’s Requiem at the world famous Dvorak’s Hall in Prague – Czech Republic. He has also made his San Francisco Symphony debut at Davies Concert Hall, singing the baritone solo in Orff’s Carmina Burana under Ragnar Bohlin and his Kennedy Center debut, singing the baritone solo in Walton’s Belshazzar’s Feast with the Washington Chorus and Orchestra under Christopher Bell.

Mr. Vieira holds a Bachelor of Arts Degree in Music from the prestigious Westminster Choir College in Princeton – New Jersey, and a Master’s Degree in Voice Performance from the University of Missouri-Kansas City. 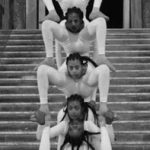 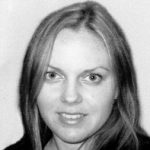