David Roberts (Writer, Producer, Actor) is actively producing and managing films, as well as performing on stage. Most recently, for Opera Frontier’s Rejoice Abyssinia, he organized and produced on location both in the US and Ethiopia. In 2018, he co-produced and assistant directed the indie film, Carrion in Northern California. His stage work includes both co-writing and creating the role of Robert Davis in the workshop production of Opera Frontier’s original opera Lammermoor, Inc, a Business Tragedy. His other roles include Carl the Bus Driver in Altarena Playhouse’s production of William Inges’ Bus Stop. He has also played Bill Ray in On Golden Pond and Doc in Crimes of the Heart. David is allegedly an investment banker by day, a profession that abounds in bad actors. A former attorney and naval officer, he is the founder and director of several Inc 500 businesses. He is also the adoring father of their two lovely daughters, Dorothy and Madeleine. 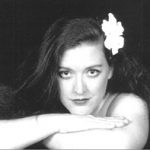 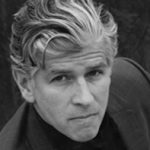