Carmichael “CJ” Blankenship (Baritone) has experience in an unusual variety of disciplines ranging from acrobatics to Polynesian music and dance. His theatrical work includes major roles in musicals such as Dessa Rose, CATS, Carousel, West Side Story, Dreamgirls, Guys and Dolls, and Oklahoma! (for which he won a San Francisco Bay Area Theatre Critics’ Award for Best Actor in a Musical). He has toured nationally and internationally with San Francisco Taiko Dojo, Na Hula ‘O Moku’aina, and Moving Arts Dance Company. He sang as a member of the San Francisco Opera Chorus in the world premiere of Appomattox, and in the same season he was a featured dancer in the San Francisco Opera Ballet Corps for Samson and Delilah and The Rake’s Progress. He performed as a featured soloist with the Peninsula Symphony Orchestra, and is currently performing with several Bay Area dance and theatre companies. 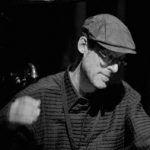 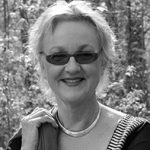